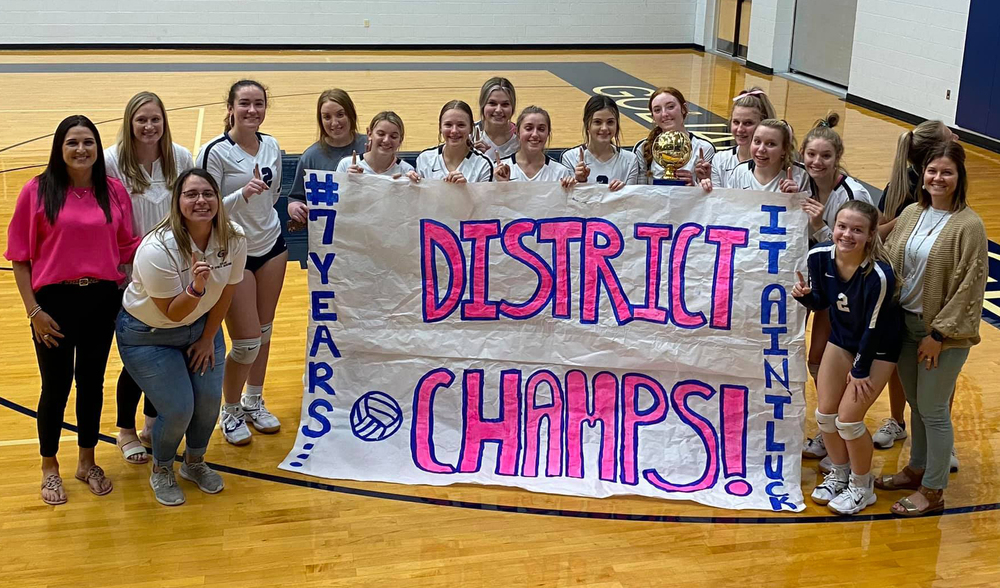 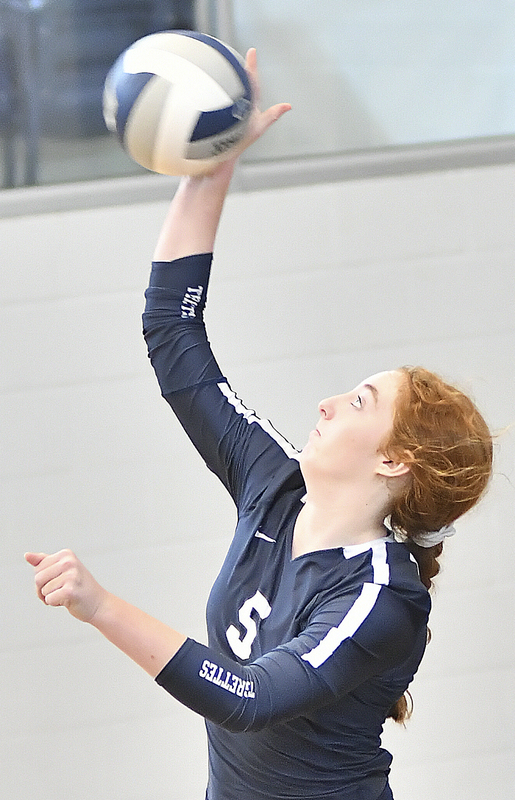 Senior Brook Jackson finished the Tuesday night’s game against Odem with one ace, one block, 11 assists, 17 kills and three digs.

The Goliad High School volleyball team next heads to Calallen having marked this week their seventh straight district championship.

The night also was a time for the Tigerettes to honor Jackson, the team’s only senior, before her final home game.

Jackson joined the Tigerettes when they were the number 1 team in the state in 2018.

During her four-year time on the team, Jackson has racked up the following accolades: • 2020 All State Outside Hitter

• 2020 All area first team outside hitter

In 2020, she was also selected to play in the Texas Girls Coaches Association All Star game in Dallas.

The Goliad team will next head to Calallen Nov. 1 to play against Santa Gertrudis Academy at 7:30 p.m.

“I will push the girls to their max potential every time they step in a practice,” said Jess Odem, volleyball coach. “I want them to realize what they are capable of doing on the volleyball court and for the team.

"We will practice every day for as long as we need to.

“We will not leave a practice knowing we could or should have done more.”